The 2016 prize for social courage goes to Nancy Parrish. Parrish is an active leader in community and public affairs. She has devoted much of her life to challenging social issues across the United States.

In 2011, Parrish founded Protect Our Defenders, the only national human rights organization solely dedicated to ending the epidemic of sexual assault and harassment in the U.S. military and its wide-ranging effects on our communities. In 2014, the New York Times wrote that Protect Our Defenders has “quickly become the nation’s pre-eminent advocacy group on behalf of victims of sexual assault in the military.”

Parrish was also a founding co-chair of Human Rights Watch’s Northern California Chapter, an organization dedicated to protecting human rights around the world. She has worked with President and Mrs. Carter in support of their international humanitarian work at the Carter Center, which is guided by a fundamental commitment to the alleviation of human suffering.

Parrish served two terms as development trustee of UCSF’s Friends of the Department of Psychiatry’s Hospital Board, which led to the creation of a children’s center. She also served as an officer of the Children’s Guardian Fund Board of Sarasota, helping to provide basic needs and enrich the lives of foster children.

During her professional career, Parrish was founder and managing partner of a southern-based political strategy and public relations consulting firm. 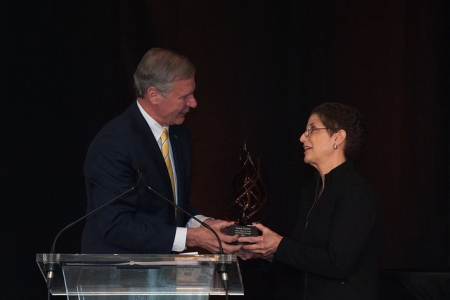